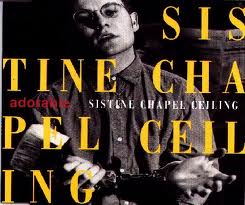 Adorable were short lived (1990 – 4) and had a crap name, but they made some great guitary indiepop for Creation.  This was their fourth single, and like their debut, was single of the week in NME.

I bought a couple of Adorable singles, and while I liked  them, I never got really into them.  Maybe I’d heard too much of this sort of stuff by then – and according to this article on Creation’s web site it was all very badly timed anyway.

Twenty years down the line, I’m writing this because I feel like listening to some 90s indiepop, and it sounds pretty good to me.  I guess they deserved more success than they got.