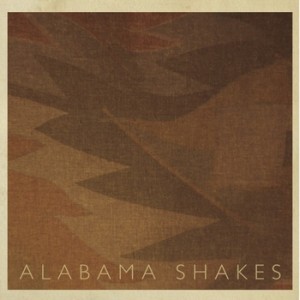 Brittany Howard is without doubt the best new singer I’ve heard in years.  She’s very much in the vein of Janis Joplin; she might even out-Joplin Joplin, which is something I thought I’d never say.  I saw them live last year at what I guess will be the last small-venue tour they’ll ever do, and they didn’t disappoint.

There’s actually nothing very original in their music – it’s well written and well played southern rock, but when it’s sung as well as this, who cares?

People like me say endlessly how the original version of any music is always better than later re-recordings, but this is an exception.  It’s the Shakes first EP and it has disappeared without trace – it is pretty much impossible to find now.  In my view, they shouldn’t repress it – all the songs here are on their debut album, Boys and Girls and all are better on the album.  This is worth having if you’re already a fan and are hungry for new material.  If you’re not, it’s a great EP but you really owe it to yourself to get  Boys And Girls.  If you buy the vinyl, you’ll get a bonus EP of non-album material.

There’s a free download on Soundcloud of a new track, Always Alright which is great – shame it’s just a low bit-rate MP3.  There’s also a “live in the studio” 7″ on Jack White’s Third Man records, which is disappointingly rough sounding, but still way better than most bands will ever make.