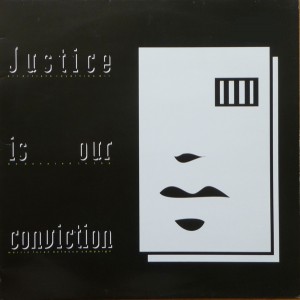 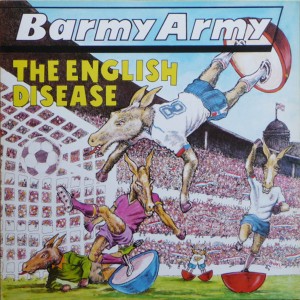 An odd album for me to own because my disinterest in football is total.   I’ve always been a sucker though for anything on On-U, and I like the idea of a thousands-strong male voice choir.

In case you didn’t know, this is the On-U crew with their usual dubbed out genius, accompanied by recordings of football chants which wander in and out of the mix.  Sometimes it works and sometimes it doesn’t, but it’s worth it for when it does…

It’s a curious mix of piss-take (donkeys playing football on the cover) and homage – these guys are clearly fans.  It’s about much more than just the game – it’s about how it fits with the English psyche.  I didn’t spot any reference to the hideous racism oozing off the terraces in those days which seems an odd omission, but then I’m hardly in a position to make any sort of comment about football culture.

Side two is a bit crackly in places I’m afraid, but it’s perfectly listenable.