Writing a music blog is a geeky thing to do at the best of times, but this is a geeky post even for a music blog.  It’s also a terrible shame that I’m able to do it at all – this album should be available, but since it’s not….

Without a doubt it’s the best music ever made by a Brummy.  It’s a contender for best 80s album, although at the time I thought The Smiths’ The Queen Is Dead was better, but it’s certainly the greatest “lost” album of the decade.

It existed in three different versions, all of which are here (that’s the geeky bit).

So let’s start with the original issue: 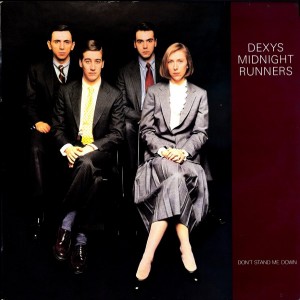 This is a vinyl rip of my original 1985 copy.  It’s not strictly speaking complete because the CD version (which is very rare) has an instrumental version of This Is What She’s Like, but that’s clearly not essential.  It has only 7 tracks, and at the time, I didn’t find it a particularly easy listen, but it doesn’t take long for This Is What She’s Like to get under your skin: 12 minutes of searing brilliance which justifies every second, even the rather odd conversation at the start which sets up a suitably tense atmosphere for when the band kicks in.

Rowland doesn’t put a foot wrong throughout, although there are more surreal conversations between some of the tracks.  Every one is better than most bands produce in a career, and it’s brilliant precisely because Rowland was mad.  This is the result of a level of obsession and perfectionism which clearly drove everyone around him nuts, but which created not just brilliant material, not just superb performances, but a manically intense whole which is like nothing else before or since. 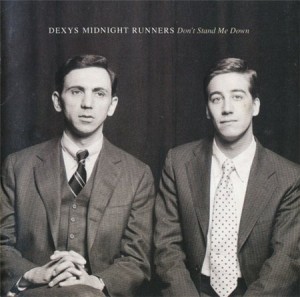 Kevin Rowland’s obsession with this album continued long after its release, so when Alan McGee offered to re-issue it on Creation, simply because he loved it, Rowland took the opportunity to tinker with it.  There was new artwork, although with the same clothing style which Rowland described as “Ivy League”, two extra tracks (Reminisce Part 1 and The Way You Look Tonight”).  Knowledge Of Beauty became My National Pride, its original title which Rowland was too afraid to use first time around, and Listen To This became I Love You (Listen to This).

However, Alan McGee, never much interested in sound quality, hired a muppet to master it who used something called a stereo enhancer which ruined the sound.  Rowland was bitterly disappointed, and the album quickly disappeared again.  It’s worth having for the two extra tracks which appear nowhere else. 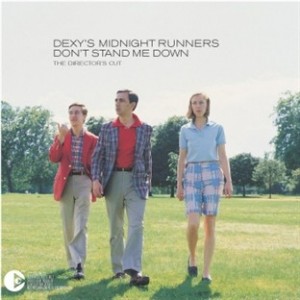 Finally we have the Director’s Cut, a second re-issue from 2002 which Rowland currently says he’s happy with. It features a third set of artwork, another new track Kevin Rowland’s 13th Time but the removal of the extra tracks on the Creation issue.  Crucially a good job was done on the mastering, so it sounds great, and it seems to be that more than anything which Kevin Rowlands was interested in.  However, this re-issue also disappeared quickly and is now insanely expensive.

This version also appeared as a limited edition with a DVD of promo videos.  I’m not usually much interested in videos, but this is an exception, so I’ve posted it too.  I first came across it at a film festival during an afternoon screening of sundry short films.  Suddenly the video for This Is What She’s Like came on and I wondered why they were playing it.  It soon became clear: the film is every bit as gripping as the music it accompanies, and it was the only one of the shorts I saw that afternoon which got a round of applause.  I’ve heard that Rowland himself doesn’t like this film being seen.

I know about ripping music, but I’m a bit clueless about DVDs I’m afraid.  What I’ve done is created an image of the DVD, and it plays fine from the files on my PC, and you should also be able to burn a DVD from it.

As for further listening, Dexy’s never released a duff album, but apart from this my favourites are Searching For The Young Soul Rebels (their debut), The Projected Passion Revue (An amazing live album) and their first new album since this one, One Day I’m Going To Soar (which is a triumphant return to form).