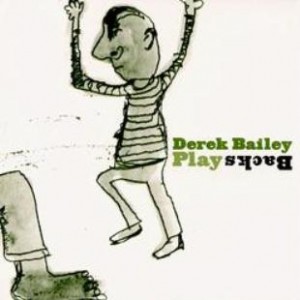 This is one of a pair of releases in which guitar improv legend, the late Derek Bailey improvises over material sent to him by a range of artists.  The other one, Guitar, Drum ‘n’ Bass I’ll post another time.  It also works as a reverse of Thurston Moore’s Root project, where it was Moore who sent the music out.

I generally don’t find Bailey’s work that accessible, but in this context it’s much easier to deal with. Oddly, I once saw him play live and it made much more sense – maybe it needs more concentration than I can muster at home.

It’s also worth noting that he doesn’t play on two of the tracks.  John Oswald’s contribution was, as you’d expect, a cut-up of many older Bailey performances, which Bailey felt was complete when it arrived, and the hilarious last track where he talks (but doesn’t play) about his obsession with the name George.

Most of the other contributors, including producer Sasha Frere-Jones are luminaries of the 90s alt-rock scene, particularly people involved with Tortoise, although John French used to play with Captain Beefheart.  Even when the backing track is rather uninspiring, Bailey rescues the project – he seems to be able to play along to more-or-less anything. 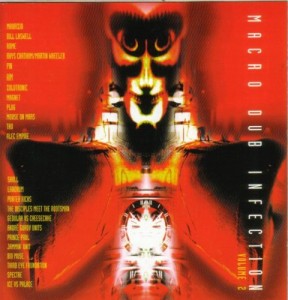 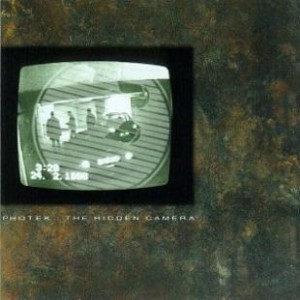 Photek had been producing great drum n bass for a while when this, his major label debut was released.  I bought it on the back of a rave review in Wire magazine; in fact I seem to remember it figuring highly in their end of year round-up.

It has the rhythmic complexities you’d expect, but it has a fantastic sinister jazzy feel which makes it sound as good now as it did back in ’96.

Photek is still active and has a new album out on his own Photek Productions imprint, available from his web site, together with a few free downloads and some delicious heavyweight vinyl. 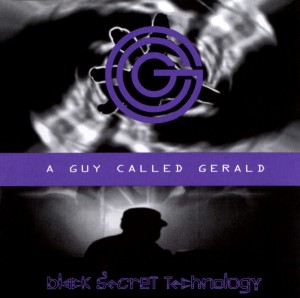 Gerald has been a pretty constant feature in my listening since Voodoo Ray, and this is probably his definitive statement, although it’s Voodoo Ray which really does it for me.

I’m not great with the labels people attach to this sort of music – I guess I’m just not cool enough, but I suppose you’d call this Drum N Bass.  It’s drum n bass with a difference though – it’s playing while I type and while it uses old technology (of course) it doesn’t sound dated in the way that the contemporaneous and much better known Timeless by Goldie does.  It’s full of manipulated vocal samples and complex rhythms, but it always avoids that sense of being beaten around the head that much similar music from the period has.  It has a subtlety which is a rare commodity in this genre.  It also has clear links to another favourite of mine, Photek who clearly spent far too much time in his bedroom listening to Gerald.

This is the original CD issue of the album and it does have a few quirks.  It’s mastered very quietly, so you’ll need to turn the volume up, but more seriously it doesn’t have much bass and the sound overall is rather muddy.  There was some debate at the time whether this was intentional, but a recent remaster sounds more conventional, so I guess it was a mistake.  I rather like the muddy sound, but if it bothers you, seek out the remaster.