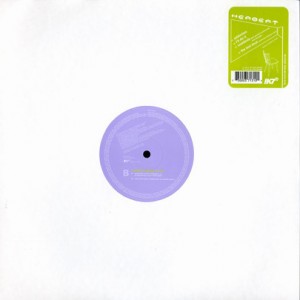 (Matthew) Herbert is a conceptual artist as well as a musician which means there’s always more to what he does than the sound you hear.   He also has a set of rules which he applies to music making.  No drum machines, no synthesizers and no samples (of other people’s work).

This single is taken from the album Bodily Functions which was created using recordings of the human body, at least for the rhythmic parts.  That doesn’t mean it’s a joke record full of fart noises – it’s really not obvious where the sounds come from.  In fact it’s classy electronica with a jazzy feel, as is the case with much of his work.  So jazzy in fact that he played the Mosely Jazz festival last year (or was it the year before – I forget).  The unconventional sources for some of the sound have, in some ways the same effect as bands who use obsolete electronic technology – it’s subtly different to what we’re used to hearing because the sound pallette it draws on is different.

Bodily Functions has been re-issued with an extra CD of related material, which oddly contains none of the tracks on this 12″.  Addiction is on the original album.  So download this,  then go out and buy Bodily Functions. You’ll be glad you did.