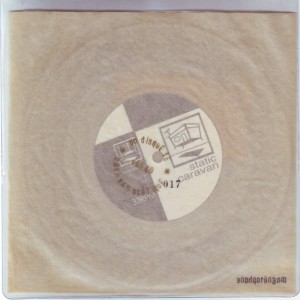 Magnétophone usually record for 4AD so this beautifully presented and very limited 7″ was slightly surprising, although their geeky, glitchy electronica fits rather better here than there.  Perhaps it’s because it’s less accessible than their usual stuff, especially the B sides which have little in the way of conventional structure.  Regardless, the band are probably the most effective exponent of this genre.

Unfortunately Static Caravan’s love of the 33rpm 7″ continues here.  It really is the most abominable format this side of the cassette tape.  Still, it’s worth a listen. 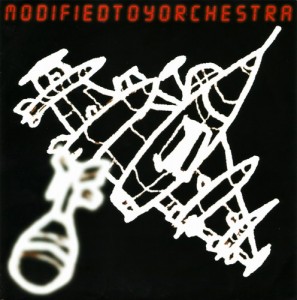 Ah, the Modified Toy Orchestra.  Hilarious, totally original, inventive, funky….  MTO is the brainchild of sound artist and ubergeek Brian Duffy.  He gathers together old children’s toys which produce electronic sounds of one sort or another, alters the wiring (called circuit bending) and uses the sounds they produce to make records.   On one level it’s hilarious – a wonderful novelty band: grown men on stage playing Speak and Spell machines and plastic guitars, but there’s much more to it than that.  The toys provide an entirely new sound palate from electronics which have nothing at all in common with the usual sources of electronic sound.  Yes, those toys sounded tinny and awful, but that was mainly because of the tiny speakers they used – hook them up to a decent PA and you have an entirely different proposition.  It follows the same rationale as the craze for tracking down obsolete keyboards but takes it one stage further.  Those ancient (and very valuable) keyboards were intended to be musical instruments and became obsolete.  The toys were never intended to produce music and have never been used in this way before.

All of this would be nothing more than an interesting art project were it not for Brian’s skill at turning these insane sound sources into something worth listening to – MTO works musically, not just conceptually.

This is the first MTO single, and is musically more experimental and less developed than what was to follow.  It sounds not unlike the sort of glitchy electronica I’ve posted previously on the blog, which is no bad thing of course, but it wasn’t until the first album, Toygopop that Brian created the pop/experimental electronica hybrid which works so well.  It suffers slightly from Static Caravan’s love of the 33rpm 7″ single, a truly awful sounding format – fortunately only affecting the B side.

While Brian is the creative force and produces the music himself in the studio, live performances require more people.   A good friend of mine is in the live band and brought his two boys around who’d been busy circuit bending an old plastic guitar from a boot sale.  The process it turns out is pretty random – it just involves messing around with the electronics until something interesting comes out of the speakers.  A few extra switches, dials and LEDs complete the transformation to something both bonkers and wonderful.  I also have to mention the rather alarming Barbie Doll Brian uses on stage.  It produces sound of some sort, but the red LEDs he’s fitted where her eyes should be are truly scary – she looks like the devil.

Both their albums are utterly original and, I think essential and you can get them from Warm Circuit. For the full effect you really need to see them live. They don’t play that often – the toys are rather fragile, but there are a handful of dates on their web site for this summer. Go see them – it’s like nothing else you’ve ever seen.

Update: Well it seems there are no dates for this summer. The stuff on the web site is from last year. However the good news is that Brian has finished a new MTO album. I’m sworn to secrecy about the title, but it should be out soon via Warm Circuit. 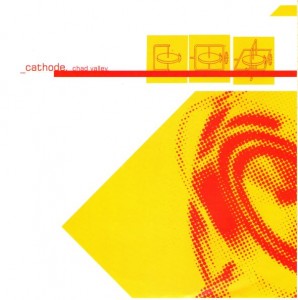 This is a great example of bedroom lo-fi electonica from Newcastle’s Cathode, aka Steve Jefferis.  I’m a sucker for this kind of thing, and Static Caravan is a reliable purveyor of the genre, usually on nicely packaged 7″ singles.

This is more musical than is often the case with these things, but it has the usual glitches, pops and crackles, off-the-wall sounds and distorted melodies and all sounds pleasingly fragile.

More info and a few free downloads at his web site.