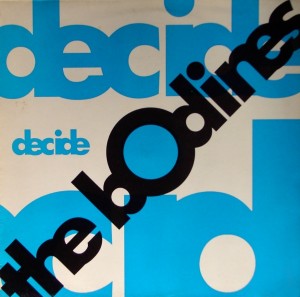 The Bodines were one of the better jangly bands on Creation, and appeared on the C86 compilation with their excellent Therese.  However they were an ambitious bunch and quickly signed to a major who chewed them up and spat them out, surgically removing what made them good in the process.  That should have been the end of this promising band, and for a while it seemed that it was, but they reformed briefly in 1989 producing this single which turned out to be their swansong.

It’s something of a departure from their early material – they were clearly trying to muscle in on the whole Madchester thing, but they made a good job of it, and really, this is as worthwhile as anything they recorded in their heyday.  The standard remains high on the B sides too.