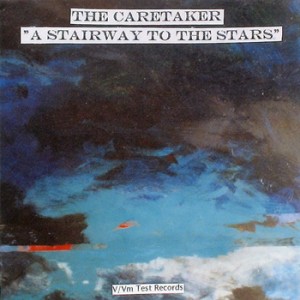 I bought this on a whim for a couple of quid in the Notting Hill Music Exchange.  Rarely has such a small amount of money given me so much pleasure.  It’s The Caretaker’s second album and it came out in 2001

The Caretaker project was inspired by the ballroom scene in The Shining.  It uses samples from forgotten ballroom music of the 30s and 40s to create a really powerful sense of place.  The samples are very prominent in the mix and are gently manipulated to make them sound as though they’re leaking through from another dimension.  The sense of wandering around an abandoned and decaying ballroom is very real and very spooky.

Rich though this seam of ideas is, The Caretaker eventually  moved on to other territory – there’s only so much you can do with ballrooms!

Have a look at VVM’s bandcamp site for more, and the odd free download.