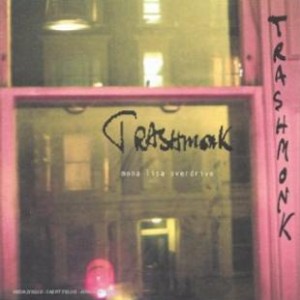 I don’t recall buying this, but I know very well how it happened.  I spotted it in a bargain bin, was attracted by the artwork, noticed it was on Creation and shelled out, probably a quid for it.  By the time I got home the interest had passed and I doubt I played it more than once, maybe never.  Maybe I wasn’t in the mood that day.

Anyway, fast forward a decade or so, and I’m ripping all my CDs so that I can play them on a streamer, and I come across this.  Curiosity piqued, I google it, and it turns out to be interesting.  Trashmonk is Nick Laird-Clowes, better known to me at least as The Dream Academy, whose Life In A Northern Town  I remember being fond of.  Curiosity piqued further, I play it and I’m hooked.  What was I thinking all those years ago?

This guy is much older than you’d think.  He hung out with John Lennon when he was recording Imagine, presented The Tube with Paula Yates and did stuff with Pink Floyd (well no-one’s perfect I suppose).  There’s also the inevitable drugs + rehab back story involving time in India.

This album, released on Creation in 1999 and again on Poptones (another Alan McGee label) in 2001 clearly had catastrophic sales.  Musically it’s exactly what you’d expect given his life story.  The song writing is quite folky, but superimposed on it is eastern instrumentation, especially tablas and all sorts of techie stuff.  OK, that sound a bit like a dog’s breakfast but it really isn’t; the whole thing hangs together very well, underpinned by strong songwriting.

There are rumours of a second album in the pipeline, but nothing’s appeared yet.