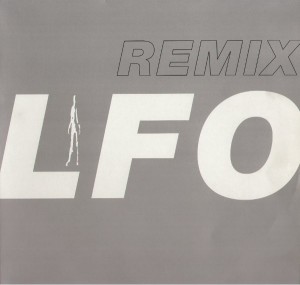 Yesterday’s reference to my ongoing obsession with LFO reminded me that I never got around to posting the remix, so here it is.  The mix itself is very much inferior to the original, although nearly every electronic track ever made falls into that category.  It doesn’t work because much of what made the original so magical is obscured.    For me its real value is for the third track, Quijard which for reasons unknown has escaped Warp’s generally excellent re-issue programme.  It’s classic LFO from what was for me their best period. 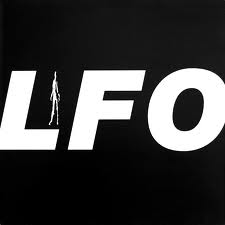 I was rather perplexed by this when it came out. From the first it wormed its way into my brain and has been there ever since, but there’s really not much going on (on the record, not just my brain), and the whole things revolves around the simplest two note bassline imaginable. So besotted did I become with the track that the impact of its simplicity started to remind me of when I first became aware of 12-bar blues (The Kinks version of Louis Louis to be precise). It’s as though it had revealed some kind of fundamental truth in music. It also reminds me of the Moody Blues album Searching For The Lost Chord, not for the musical content of course, but for the idea that some important element of music had been lost, and this track represented its rediscovery.   I realise all of this is pretentious twaddle, but the strange impact this track has had on me must have come from somewhere, and it’s the only explanation I could think of.

At the time, one of Radio 1’s terminally dull and musically illiterate DJs (Steve Wright) refused to play it because he thought it was rubbish.  Perhaps he tapped into the same thing as me and was offended by it.  It’s certainly an unusual thing for a daytime DJ to do, particularly given the endless stream of garbage those guys have to play.

Aside from my obsession with this particular track, it’s an important part of the history UK electronic music, being perhaps the definitive release for Sheffield’s Warp label and the whole bleep thing they started.  Unfortunately I won’t be able to post much of that here because Warp have re-issued most of it.

It’s also slightly cheeky because the title track is available on the re-issued (and essential) Frequencies LP, albeit a shorter version.  I’ve posted it because it contains two tracks, Probe and Track 4 which are not available elsewhere, and because it’s a surprising omission from Warp’s generally excellent re-issue programme.  Frequencies is available from Warp here.  Of particular note is the lush vinyl version, which unusually is nicer than the original copy I have.   Warp have also re-issued most of their back catalogue, all of which is worth having.   My only gripe is that there’s no new material – surely there was something lurking in the vaults for sad obsessives like me.