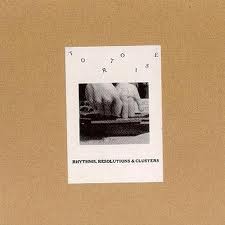 Tortoise did something remarkable in the 1990s – they made Prog cool, although of course by then it was called Post Rock.  Not even Tortoise could rehabilitate that word.  You could also describe their work as jazz-rock, another spectacularly horrible form which Tortoise managed to transform into something people wanted to listen to.

Tortoise drew from and contributed to a cluster of bands, from Slint who were more rock orientated to Isotope 217 who were closer to jazz than Tortoise ever where, and Papa M, who were more like Bonnie “Prince” Billy to mention just three.  For me it was a fertile area of exciting new music, and I spent way too much money tracking down all sorts of obscure releases from them, many of which I hope to include on this blog.

Their absolute classic second album, Millions Now Living Will Never Die should be in everyone’s collection, but it’s still available, so I won’t be posting it.  Instead here’s a curious 1995 remix project, based on their first album, 1994’s Tortoise.  The remixes are radical enough as to make the album almost unrecognisable if you’re familiar with the original, although the Tortoise feel is still there.   It plays as a single 30 minute track, so I’ve pasted a tracklisting with times below so you have some idea what’s going on.