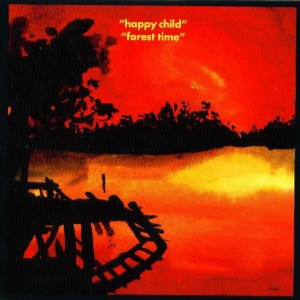 This has no artist credit, although it’s listed on Discogs as Will Oldham. I’ve put it as Bonnie “Prince” Billy because his various monikers are just confusing, so I tend to stick to the most common.

This disc gathers together a couple of rarities. The first track, Happy Child is actually by Tweaker (from their album The Attraction To All Things Uncertain), but was written and sung by Will Oldham.  As a result it’s quite different to his usual material – lots of loud effects laden guitars used to good effect.  In some ways, the band drown out the vocals too much – the intense delivery is what I like about him, but overall this works well I think.

Forest Time originally appeared as a single sided 10″ single in 2002, a collaborative project with photographer Erik Wessels.  As is so often the case with his vinyl only releases, it sounded as though it was pressed up in someone’s shed on recycled plastic bags, so it was nice to get a clean copy of the track on this CD.  It’s more usual Will Oldham fayre; just him and an acoustic guitar, beautiful as always.

Since this stuff is credited to Will Oldham, the recommendation has to be the best album he recorded under that name; Joya.