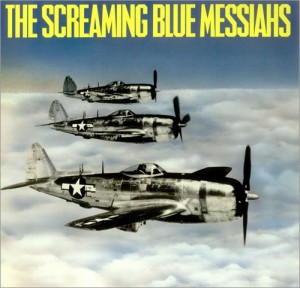 The Screaming Blue Messiahs were a proper Rock ‘n’ Roll band.  They were loud, chaotic, exciting and completely over the top.  This was their debut EP/mini album which the critics raved about, Peel championed and the punters bought.  Live they were even better.

Rather strangely, after three excellent albums they simply vanished for no reason that I could ever fathom, and are now largely forgotten about.  This incendiary album has never been re-issued, and only ever existed on vinyl.

There aren’t any standout tracks – all six are absolute monsters.  Turn it up to 11.

As for further listening – there’s only a live album available which I’ve never heard, but none of their back catalogue is rare, so it’s cheap enough from the usual places.