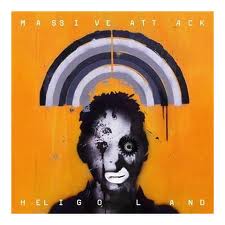 Discogs (This link is for the complete vinyl album.  This post is only about the third disc)

I didn’t think I’d be posting any Massive Attack here, but it seems the vinyl version of Heligoland, with its bonus remix EP is now deleted, so here are the vinyl only tracks.

Massive Attack can do no wrong as far as I’m concerned, and Heligoland, their most recent album shows that they’re as essential now as they’ve ever been.  It gives me a warm glow to know that at least some decent music still gets into the charts.

The vinyl version of this album was a typically sumptuous release from the Vinyl Factory – it really is stunning.  However I still haven’t forgiven them for not giving their regular customers the heads-up for the vinyl only Massive Attack/Burial collaboration which was on ebay for £300+ before I even knew it existed. Grrrr.

So what about the music?  Well the standout track on the regular album, Paradise Circus is made much less radical here.  It’s still a great track, but frankly I prefer the original.  Ryuichi Sakamoto does an extraordinary minimalist rework of Fatalism.  United Snakes  is, I think, exclusive to this release (making it essential) and it finishes with Horace Andy’s sublime vocals on Girl I Love You.

Had this EP been made by anyone but Massive Attack, it would have been raved about.  As it is, it has to compete with the original album, which is an impossible task.  Still, if you have any interest in Massive Attack at all, it’s worth thirty minutes of your life to soak this up.

If you don’t already own Heligoland, shame on you.  Go out and buy it now.