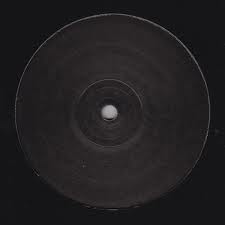 I like to keep this blog on the topic of music, but the music is facilitated by the technology I use, so sometimes that’s worth talking about.  In the past I’ve always had dealers set up my turntables, but with the vintage deck I’m using now, I did it myself.  Endless tinkering never got it quite right, so last week I threw in the towel and decided to buy a better cartridge (that’s the bit the stylus sticks out of) and suddenly everything worked much better.  To my surprise, there was nothing wrong with the set-up I’d done – I just needed to get my wallet out.  The new cartridge is a Dynavector  DV20XL if you’re interested.  Anyway, all this means that the vinyl rips will sound quite a bit better from now on.  The Dynavector tracks better, produces a more detailed sound, and doesn’t create sibilance on vocals like the old one sometimes did.  For some reason it also picks up a lot less surface noise which is a nice bonus.

First rip with the new cartridge is one that the old cartridge struggled with.  I’ve posted a Burial/Four Tet collaboration before; the involvement of Radiohead’s Thom Yorke on this one was a surprise.  As is usual with these releases it comes with minimal info; plain black cover and labels, with just the title etched into where the runout grooves would be if it had runout grooves.  It was also accompanied by a load of hype about how limited it was – clearly they pressed quite a lot as it wasn’t hard to come by, and even now isn’t particularly valuable.

That this is a great record comes as no surprise, but Moth was a tough release to live up to, and by my reckoning, they don’t quite manage it.  In a way it sounds exactly as you’d expect – it’s a minimal, dubbed out, melancholy piece of electronica which rewards repeated listenings.  After you’ve heard it, the collaboration seems, well, inevitable rather than unexpected and Thom Yorke’s voice is more effective here than in most other places I’ve heard it.