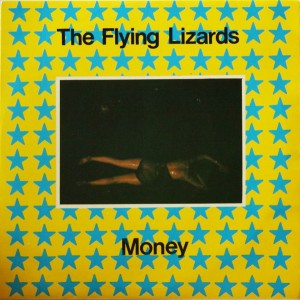 I bought this when I was 13.  Back then I didn’t have much access to music – just the old records my Mum had and chart stuff.  I hadn’t figured out there was good stuff on the radio if you knew when to listen.  On the way home from school, I had to change buses outside Woolworths, which of course was never a good place to find interesting music, but they had a very well stocked and generously discounted bargain bin, so it was one of the few places I could actually afford to buy anything.  They were blessed with a terminally incompetent buying department, so they were forever getting stock of stuff no-one record shopping in Woolworths would ever want to buy – and then have to almost give it away to shift it.  Unfortunately in 1979 I didn’t know enough about music to spot these gems, so ended up with the the quirkier end of what had been in the charts recently.

This single still has the Woolworths price ticket on the cover – 20p.  I kind of liked it then, but I like it a lot more now.  It’s an extremely deadpan electronic cover of the RnR classic, Money.  Back then I didn’t even know it was a cover version – maybe I enjoy it more now I understand how it sends up the original.  I love the primitive electronics, the snooty vocals, the bonkers effects which don’t really fit with the music, and how the whole thing, especially the lyrics, somehow fits.  The B side is even better – an insane dub version.  Dub versions get done to death these days, but back in 1979, it was a pretty radical thing to do, especially to an electronic record.  The Flying Lizards did more dub experimentation in the 90s which I’ll post later.  In a way though this single, their second, started a rather dull period for the Flying Lizards.  Money was an unexpected hit, so they felt obliged to churn out endless similar covers of classic songs.  It got old very quickly.