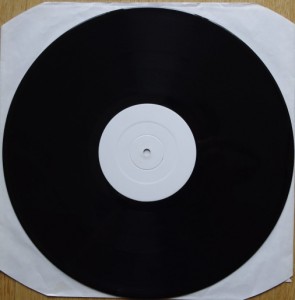 This 12″ came free with the first few (UK) copies of the Piouhgd album.  It comes with no information at all, nor can I find anything on the net about it, so all I can tell you is that it contains three remixes of Hurdy Gurdy Man, originally on the album and also a single.  I have no idea what the remixes are called or who did them.  I suspect that it was intended as a separate release, but only a handful of test pressings were made which were given away when the project was abandoned.

The song is a Donovan composition from 1968, and the Butties are surprisingly faithful to the original, especially the extreme vibrato Donovan used.  Donovan used John-Paul Jones (of Led Zep) for the noisy guitars on his version – there are more noisy guitars here.  The result I think is excellent and it suits their style very well.  These remixes mostly obsess over detail – picking a small element of the original which they emphasise and repeat it to make something which is both instantly recognisable as a remix, but also totally new.  The idea of a Butthole Surfers remix 12″ is bizarre, but the quality of these mixes means they pull it off I think.

Piouhgd has been re-issued and you should buy it.  It’s not their best work, but it’s a fine album and includes the Widdowermaker EP, but not these tracks.