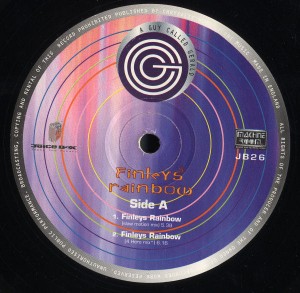 This single is taken from Black Secret Technology which I posted a while ago, but it’s such a great track it deserves another outing.  The beautiful vocals are provided by a pre-fame Finley Quaye in quite a jazzy style which works well with the sparse jungle backing from Gerald.  It’s the least experimental track on the album, although of course the remixes here mess with the simplicity, but it really doesn’t need any embellishments – it just works really well as it is.

Gerald Simpson is one of the most important and innovative electronic musicians of the last few decades, and he’s never less than essential listening.  He has a new album out which I’d have bought had he not issued it through the infuriating Bowers & Wilkins.