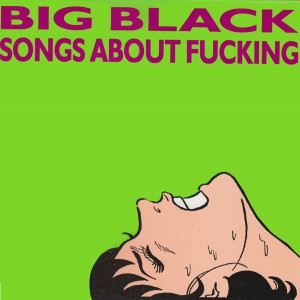 More hateful bile from Steve Albini today, but what wonderful bile this is.  No subject is taboo which makes for uncomfortable listening – I’m not going to list them here, you’ll just have to listen out for the nasties yourself.  Musically it’s equally uncomfortable, with an aggressive, almost tinny sound but with monstrous guitar work which is like nothing else.  I’ve said before that I never really liked their drum machine, but on this, their last album, it seems to fit better with the band than it ever had before.

It is amazing that this is unavailable.  Where is the deluxe expanded version and the 180g vinyl re-issue?  I guess Mr Albini isn’t into such things and I can’t imagine he either needs or wants the money.