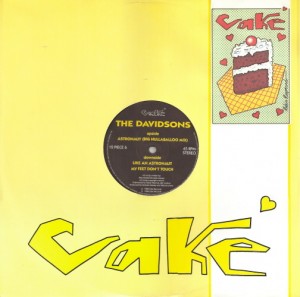 I came across this the other day as I was packing up my vinyl for my impending emigration.  I don’t remember buying it and I know nothing about the band.  There’s nothing on line either, except according to Discogs they did an album.

It’s on Birmingham based Cake records, so I assume, like everyone else they had on their roster, the band were from Birmingham.  I must have bought this because it was cheap and on Cake, or maybe I picked it up at a gig.  I went to so many gigs back then, I struggle to remember many of them.

So is it worth a listen?  Well I quite like it.  Nicely funky, and unlike the far superior Pigbros (also on Cake), reasonably well recorded.  The remixed version is a very odd affair with lots of middle eastern percussion.  The singer unfortunately is pretty awful, but even that fits with the late 80s indie thing.