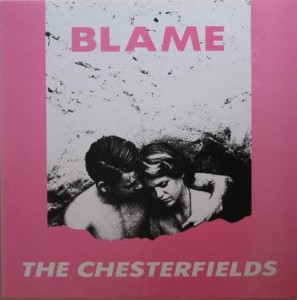 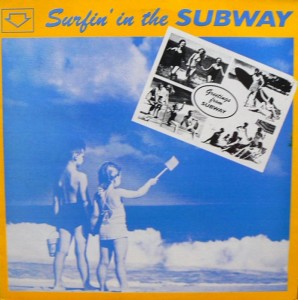 I’ve been quite rude about the Subway stuff I’ve posted in the past (sorry Tom), but I must say, digging this out decades after I last heard it was a pleasant surprise.  Yes, it has all the features of Subway which I don’t think have aged too well, but somehow here it works much better.

Stars of the show are The Flatmates with the final track, Love Cuts.  It has all the Flatmates’ hallmarks – corny tune with worse lyrics, badly played and sung but I actually really like it, although I’m not really certain why.  It’s the bit at the end which particularly works – all they’re doing is strumming their way through the chords which make up the song, but it had me jumping around the room.  They obviously knew it was good – it’s the only time I can think of that a  Flatemates track goes beyond a couple of minutes.  The preceding track by Bubblegum Splash, The 18.10 To Yeovil Junction achieves something similar although not quite as well.  The Razorcuts come up trumps with the hilarious Big Pink Cake. If you’re going to be twee, you might as well go completely over the top with it.  The rest is fairly standard Subway stuff, good if that’s what you’re into, although Rodney Allen just makes me want to listen to Billy Bragg, who did the same thing infinitely better.

This is a sequel to Take The Subway To Your Suburb which I’ve re-upped.  In fact the two albums were released together on CD at some point (in Japan I think). 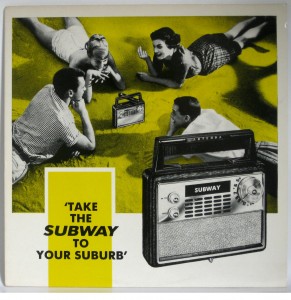 I have a somewhat uneasy relationship with Subway stuff.  Clearly I liked it because I bought quite a bit of it, but of all the jangly indiepop I listened to back then, this seems to have stood the test of time particularly badly.  It’s not that I dislike jangly indiepop, but Subway has a very particular sound which is starting to grate a bit.  Still, digitising all my old vinyl isn’t just about unearthing forgotten nuggets, it’s also about nostalgia.  Subway stuff makes me cringe, but it also reminds me of my late teens which is good.

This album was Subway’s first and is mostly a roundup of their roster at the time.  The Flatmates are of course represented, because guitarist Martin Whitehead ran the label.  Their stuff is mostly horribly corny and formulaic, but When I’m With You kind of works I guess.  For some reason my favourite by far is the Rosehips The Last Light.  It sounds like a demo and the singing is horribly flat, but I really like the guitar sound and the overall effect is strangely compelling.  I also have a flexi by the band which I’ll post at some point because I love it but have absolutely no idea why.   Pop Will Eat Itself who I saw play more times than I’ll admit to (because they were local) manage a couple of half decent covers – Hawkwind’s Orgone Accumulator and fellow Black Country grebos The Mighty Lemon Drops Like An Angel.  No idea what they’re doing on a Subway compilation – this is the only time they appeared on the label.

This was picked up by the Japanese in the early 90s as part of their inexplicable obsession with 80s UK indiepop so it had a Japanese CD issue too, but this is ripped from an original UK vinyl copy.