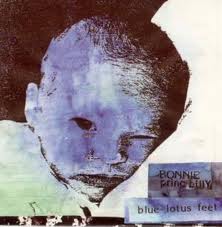 Of all the artists I’ve discovered in the last 20 years it’s Bonnie “Prince” Billy who I’ve spent most time listening to, and come to that, spent most time trying to track down impossibly obscure releases.

Of the vast amount of BPB I have, I’ve probably listened to this 1998 UK only EP the most.  The first two tracks (One With the Birds & The Southside of the World) are classic BPB – beautiful songs performed with characteristic intensity.  Both were originally paired for a US 7″ single release.  Then things get a bit odd; the remaining 5 tracks are described on the sleeve as “devotional songs” but are more accurately described as Hare Krishna songs.  In fact they suit his style very well to the extent that they sound as though he wrote them, but something I think works particularly well is the short duration of 4 of them.  Only one is more than a minute, which is quite disconcerting in a world where songs usually last 3 minutes, sometimes longer but rarely shorter.  To do this they have to abandon the usual verse/chorus  structure because there isn’t time for it.  Instead, they say what they want to say and then stop, which is surprisingly refreshing.  Stand-out is the title track Blue Lotus Feet which never fails to give me goosebumps.

Bonnie “Prince” Billy’s back catalogue is intimidating in terms of its vastness, but also the rarity of much of it.  The various names he’s used doesn’t help although the he’s now settled on the BPB moniker – see also Will Oldham (his real name), Palace Brothers and Palace Music to name the main ones.  However there’s plenty which is easy to find, and the obvious starting point is I See A Darkness, whose title track, covered by Johnny Cash, is often considered his best song.  Other favourites of mine are Ease Down The Road, and Master and Everyone.