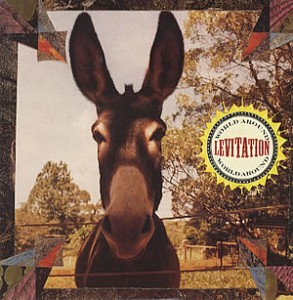 My interest in Levitation was, I guess the same as most people’s back then, the presence of the ex House Of Love guitarist Terry Bickers.  You don’t need to be particularly familiar with the House Of Love to spot his work here, although Levitation were a very different band to House Of Love.

This is great psychedelic rock; some people call it proggy, but I’ve never thought that.  I guess it comes from a technical proficiency which is obvious even to a non-musician like me.  It was well reviewed at the time and they had a decent fan base, but Bickers’ mental state, which had led to the demise of the House Of Love meant that the band was doomed from the outset, lasting only 3 years from 1990 – 3.  He’s much better now and is back with the House Of Love, although there’s been no new material since 2005.

Their album, Coterie is superb and not so hard to find these days.  I also have a few 7″ singles which I’ll post here at some point.