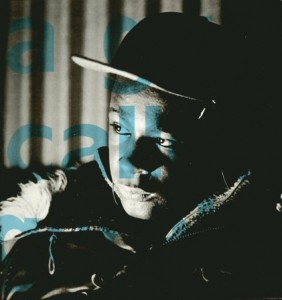 I’ve never been much into clubbing, so the whole acid house thing from the late 80s largely passed me by, but on the few occasions I did go, this made the whole thing worthwhile.  It’s also one of the few tracks from that era that works as well at home as it does in a club when you’re up to your eyeballs in illegal stuff.

If you’ve been following this blog, you’ll already know that I’m very much into Gerald’s stuff.  He transcends the genre he works in – that this is a kind of proto-acid house record is really irrelevant.  It’s a Gerald record and he’s a giant of electronic music of the minimal type I usually go for.

This is the original issue of the track, not the clumsy remix which bothered the lower reaches of the charts a year later.  Legend has it that it was called Voodoo Ray because the intended title Voodoo Rage wouldn’t fit on Gerald’s sampler; it missed the last syllable and became Ray.  No idea whether that’s true, but it’s more plausible than the other legends surrounding the track which circulate about Gerald hiding from exploding interest from clubs and radio stations behind his anonymous moniker and a job in McDonalds.

According to Warp who re-issued this as part of a superb compilation of tracks which had influenced the formation of the label, the master tapes are lost, but looking this up on Discogs, it seems it had a CD issue, although that seems unlikely.  Whatever the truth of this, the Warp CD was mastered using a vinyl copy in worse condition than mine…