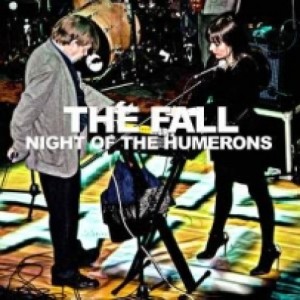 Record Store Day has been going downhill recently; too many major labels clogging it up with pointless and overpriced re-issues of old music. This single from last year is what it’s supposed to be about – exclusive content to drag the punters kicking and screaming away from taxdodgers.com and back into record shops, although most copies of this single were bought by ebay vultures looking for a profit…

It’s best viewed as an appendix to last year’s Ersatz G.B., and in fact the original version  of the live track on the B side is on that album.   Victrola Time, the A side is unusual for the lack of guitar and the very weird vocals it starts with, but for me The Fall rarely put a foot wrong and this is no exception.  Maybe it’s an out-take, but it’s still better than most bands manage in a career.

Just noticed that this is the 100th post.  Berlimey.

Update: The Fall’s new album, Re-Mit has just arrived, and it includes Victrola Time.  Not sure yet whether it’s the same version.