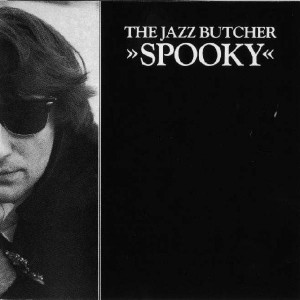 This is the latest installment of what seems to be an inexhaustible supply of Creation stuff.  I’ve always been rather fond of this single and the couple of Creation albums I have by the band, but I hadn’t realised that they’ve been around for 30 odd years, are still active, and have a pretty impressive back catalogue.

This single is a slick blend of jazz and pop; not really typical of Creation at all, and the extended version of the title track manages not to sound too stretched.  Even the JFK assassination samples manage to sound good – I guess they weren’t such a cliché back then.

The Jazz Butcher is, in effect Pat Fish with an oft changing cast of supporting musicians.  On the strength of this single and the way he looks I’d got him filed away in my mind under “cool dude” so I was quite surprised when I saw him play last year in a tiny cafe supporting Micky Greaney.  It was just an acoustic set, but he seemed rather a tragic figure – not a great performance and seemed like a guy who had spent way too long on the road.  I guess after all that time it’s hard to do anything else.  Perhaps I judged him a bit harshly – according to his web site he released a new album last year for which the funding was crowd sourced – clearly he still has a following.

Whatever the merits of his current work, this is a fine single, and I’ll probably get round to posting more from him another time.