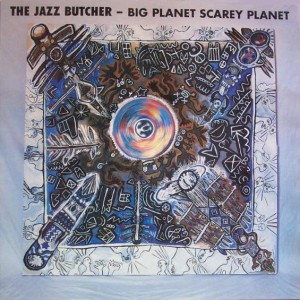 Yet another vinyl rip today from my bottomless pit of late 80s Creation stuff.  I don’t feel terribly competent to write about this; Pat Fish, aka The Jazz Butcher has been releasing music since 1982, and I’m only familiar with some of his output on Creation.  To make matters worse I never really took to this album when I bought it (unlike Spooky which I played incessantly) .  That was the reason I took the trouble to do a rip of it – why had I neglected it?  It turns out that there was no good reason.  This is a fine album and one which should have been a regular visitor to my turntable.  I guess I must have bought other stuff at the same time which I found more exciting.

So what’s it like?  In many ways it’s exactly what you’d expect from a Creation album of the time.  It’s classy indiepop with clever lyrics.  It’s very well played and produced, it’s full of good tunes (especially The Word I Was Looking For).  What’s not to like?