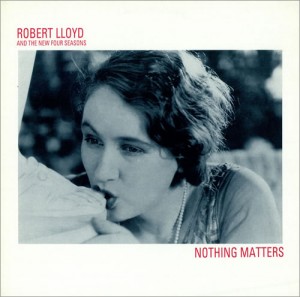 This is the second and last Robert Lloyd In Tape 12″; the first one is here.

It has a lot in common with Something Nice.  It’s long but doesn’t outstay its welcome, it’s a great song performed with an infectious energy and no-one bought it.  The first B side is a rather odd variant on Bach’s Tocatta and Fugue (!) but when it launches straight into  Mr Superior, normal service is resumed.  Why he sings it as Mr Soupy Rear isn’t clear though.

According to Discogs I also have his entire output on Virgin, so I’ll post that at some point too.