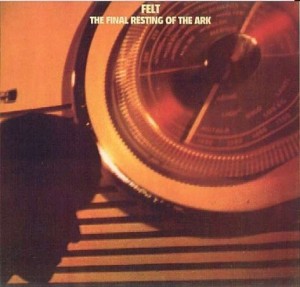 This is an absolutely beautiful single, one of the highlights of the band’s time on Creation.  It was the ninth of the ten they released as part of Lawrence’s vision of ten albums and ten singles in ten years, and like several of his other releases is very short; five tracks clocking in at less than ten minutes.  In a way, it’s even shorter than it seems because three of the tracks are instrumental ditties, leaving only two for real songs, but what songs they are; delicate masterpieces both. The three short instrumentals were produced by the Cocteau Twins’ Robin Guthrie; his influence is very obvious. I’m not sure anyone would have paid attention to these tracks were they not by Felt, but I really like them. It’s a side to his work which is often criticised which I think is unfair, but it’s true that at first listen they are a bit like acoustic wallpaper. Their worth becomes more obvious the more you listen to them.