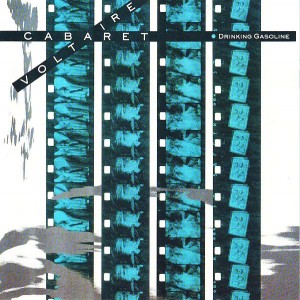 I guess you could call this an album – it’s actually two 12″ singles, but the total playing time is almost an album.  Actually the 2×12″ format is superb because the sound is better, especially with music like this.

It represented an interesting transition for the Cabs, between the obstinately experimental sound of their earlier records (like Nag Nag Nag) and the more commercial sound they’d later embrace.  So it has that heavy industrial sound and chanted lyrics they were known for but with dancefloor friendly bass heavy riffs. At over 8 minutes per side they’re perhaps a bit long, but it works for me.

It is apparently the soundtrack to a video called Gasoline In Your Eye which I’ve never seen.  My copy is mispressed – according to Discogs all the UK copies were, so I’ve corrected the tagging to reflect what is actually playing rather than what the label says.  I’ve sequenced them in the order they appear on the cover.