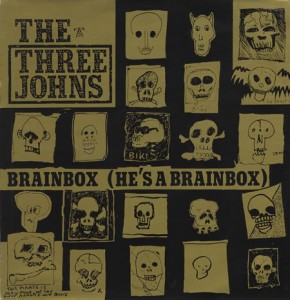 Another single from the ever reliable Three Johns, this one being the follow-up to Death Of The European.  I doubt I’ll be posting much else by them, because according to their web site, they’ve bought the master tapes from Abstract and will be re-releasing their back catalogue.  The site also has stuff to listen to including a bunch of radio sessions, and it seems they’re actively gigging again.  If they’re even half as good as they were back in the 80s it would make a good night.  There are a couple of Three Johns tracks on compilations I’ve posted in the past, all of which should still be available.