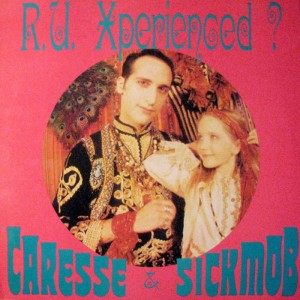 I can’t make my mind up about this.  Is it unspeakable garbage or inspired genius?  I bought it for peanuts in a bargain bin realising that it must be a Psychic TV side project, which indeed it is, but it wasn’t quite what I was expecting.  The song is of course the Hendrix classic, but here it’s performed more like a funeral dirge with vocals provided by Genesis P Orridge’s six year old daughter, Caresse.  Clearly someone in Italy thought it was brilliant – it was used as the theme for a TV show and appeared over there as a 7″ on a label owned by Silvio Berlusconi.  I can’t imagine what sort of show it could have been.  There’s also a rather fine video to accompany the track.

The b side is interminable and never really seems to go anywhere.