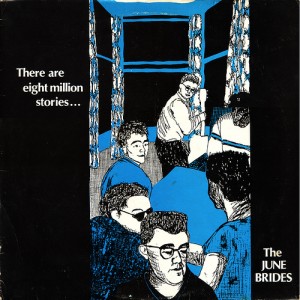 While it’s true that the June Brides were as successful as they were partly because they were one of the first jangly indie bands, they also made some fine records, of which this is one.  They were very much associated with Creation in their early days, although never recorded for the label – too obvious apparently.  Main man Phil Wilson went on to record solo material for the label though.  They supported the Smiths because Morrissey loved them and they were, for a while, darlings of the music press.

This was their only album and it’s very short, much like their career, but never mind the width, feel the quality.  As I say endlessly on this blog, it’s the songwriting which really shines, and for some reason I’m a total sucker for indiepop songs with trumpet parts, which this has lots of.

The band have jumped on the indiepop revival bandwagon and have reformed.  I have no idea whether their new stuff is any good (it’s well reviewed), but you can get it here. 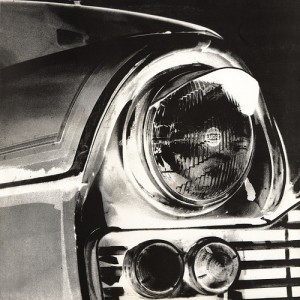 “One Of The Dads” asked for some McCarthy recently.  I’m pretty sure I don’t have anything other than this rather fine Pink compilation, but they were a great label with a strong identity, so I hope he enjoys it.

That Petrol Emotion have appeared here before and will do again in future; Keen was their first single.  Rumblefish were quite a favourite back in the day – I’m an absolute sucker for an earnest pop song with a trumpet part, but they have a retrospective out, so I can’t post anything other than this.  There’ll be more from the June Brides at some point too.  Of all the tracks here it’s The Wolfhounds’ Anti-Midas Touch  which is most familiar, which is odd as I have nothing by them other than this.  I guess Peel must have played it a lot.

I’ve done a spot of re-uploading in the last few days.  Anything with 4shared, zshare or slingfile links will work.  A few ultramegabit links still work too.  If you’ve missed anything, it could well be up again.  Let me know if there’s anything I’ve missed.