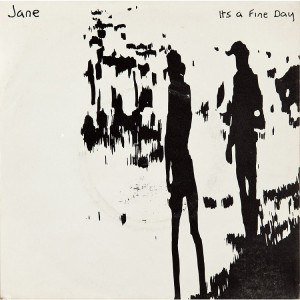 This is, apparently the biggest selling audio recording of a poem, at least according to its writer Edward Barton, about whom there will probably be more in future posts.  It sold pretty well for an independent release of the day and later appeared on the Jane and Barton album.  The singer, Jane, is Jane Lancaster who was Barton’s girlfriend at the time.

The song is best known for the cover version which charted in 1992 by Opus III, which I thought worked pretty well at the time, but now it sounds like a 20 year old dance track.  It was also sampled to good effect by Orbital on Halcyon.  This original version, being acapella is timeless and it’s a beautiful song.

Bonus track on the CD is the A Guy Called Gerald remix.  You can never have too much Gerald, and if you think the Barton/Gerald pairing is an odd one, there will be more when my vinyl rig is fixed.