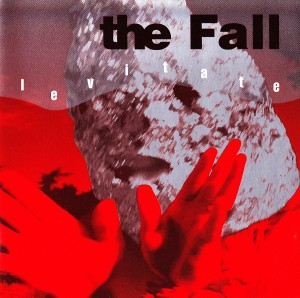 I posted the rare double six mix of Hit The North recently, and said I wouldn’t be posting much more Fall, because it’s mostly available.  It turns out I was wrong about that – a surprising amount is out of print.  This album is particularly difficult to find, especially in its original 2CD format because the label went bankrupt.

Frankly, it isn’t the place to start if you’re not already a fan.  The usual dominance of guitar work is replaced by a lot of electronics, supplied by Mark E Smith’s then girlfriend, Julia Nagle who also appears a lot in the writing credits.  There are also drum ‘n’ bass elements courtesy of D.O.S.E who Smith fell out with early on in the process.  There’s less in the way of conventional songs and the thunderous bass lines which usually feature.   The production is often bizarre and uncompromisingly lo-fi.

However, MES knows what he’s doing, and it’s usually a mistake to dismiss his work because it wasn’t what you were expecting.  Of course he’s on ranting good form here as always – the lyrics are by turns funny, surreal and incomprehensible, but always entertaining.   Standouts are the utterly manic 4½ Inch, the dirty bassline of  The Quartet of Doc Shanley and the very obscure surf cover, I’m a Mummy.

That this album is a difficult listen is perhaps because The Fall were in a phase which was chaotic even by their standards; during the tour to promote this album, MES sacked the whole band.  Persist with it though and it rewards your efforts.

So what Fall stuff should you buy?  Well my preference is the earlier stuff.  I’ll stick my neck out and say Perverted By Language is their best, but ask me tomorrow and I’ll have a different answer.  After pushing 40 albums, most of which are excellent, it’s very difficult to pick out a favourite.  Just be careful of the endless (and mostly pointless) live albums.  If you want a career retrospective, 50,000 Fall Fans Can’t Be Wrong is a good one.

There’s an unofficial Fall web site which is a great source for more info about the band than you ever knew existed.