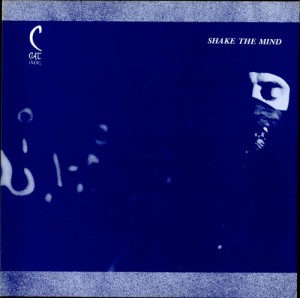 As you’ve probably guessed I’ve been away for Christmas.  I was going to post some Christmasy stuff (I do have some that’s worth hearing), but there was no time.  Maybe next year.  Anyway, I’m back now, so posts will be more regular.  It also looks like Ultramegabit have sorted themselves out.

C-Cat Trance are an indie-funk band of a sort I mostly ignored at the time, but this one slipped through the net for reasons that are obvious when you listen to it.  In retrospect I don’t think this style of funk has stood the test of time particularly well unlike the 1970s US variety, but a good tune is a good tune regardless of style, and in any case this single still stands up well I think. 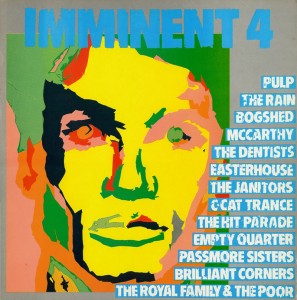 I am, in theory, sunning myself in the south of France, but it’s actually cold and wet.  There is no justice.

Anyway, I uploaded a few bits and pieces before I left, and here’s one of them.  I know nothing at all about this series of compilations, and this is the only one I have.  It doesn’t hang together very well, but there are some gems among the more forgettable stuff.  As I recall I bought this for the Bogshed track, which as far as I can tell is exclusive to this release and is, predictably, fabulous.  It’s odd to see Pulp on such a lowly compilation, but if you’re not familiar with their history, they languished in obscurity for years before they got their breakthrough Manon is a rather obscure B side.  McCarthy have appeared before here, and the Brilliant Corners are always worth a listen.

Special mention goes to Easterhouse.  If you were in a Karaoke bar, you’d be awestruck by this performance, but given the existence of The Doors version, you really have to wonder what on earth they were thinking when they recorded this.  Maybe it was aimed at da kids who’d never heard the song before.  And yes, I know Howlin’ Wolf recorded it first.

Other than that, this is just random Indie stuff from the time, which may or may not float your boat.